47% of companies worldwide believe they have experienced fraud in the past 24 months (PwC Fraud Report, 2020).​

Fraud has a significant economic impact on businesses, with an estimated loss of $42 billion by 2020. In the context of crisis management or regulatory investigations, companies are faced with an exponential volume of data to analyze and investigate.

Worldwide, an estimated 2.8 million emails are sent every second, increasing the workload for companies in eDiscovery.

With Connected eDiscovery, put technology at the service of these digital investigations and drastically increase your internal investigation capabilities.

Manage all aspects of electronic documents collection and analysis with a simple, user-friendly interface, automated workflows and data analytics.

Optimize AI review of electronic documents by taking into account the contextual meaning of words in documents.

Reduce your manual document review effort by 80% with our powerful forensics algorithm to minimize false positives and save time.

Automatic filtering and analysis of electronic documents
From your data, the solution automates the filtering and contextualization of collected electronic documents (emails, network drives, computers...) using tools such as character recognition. Connected eDiscovery guides you through each step of the review process, from the technical processing of the data to the production of the documentation of your investigation. 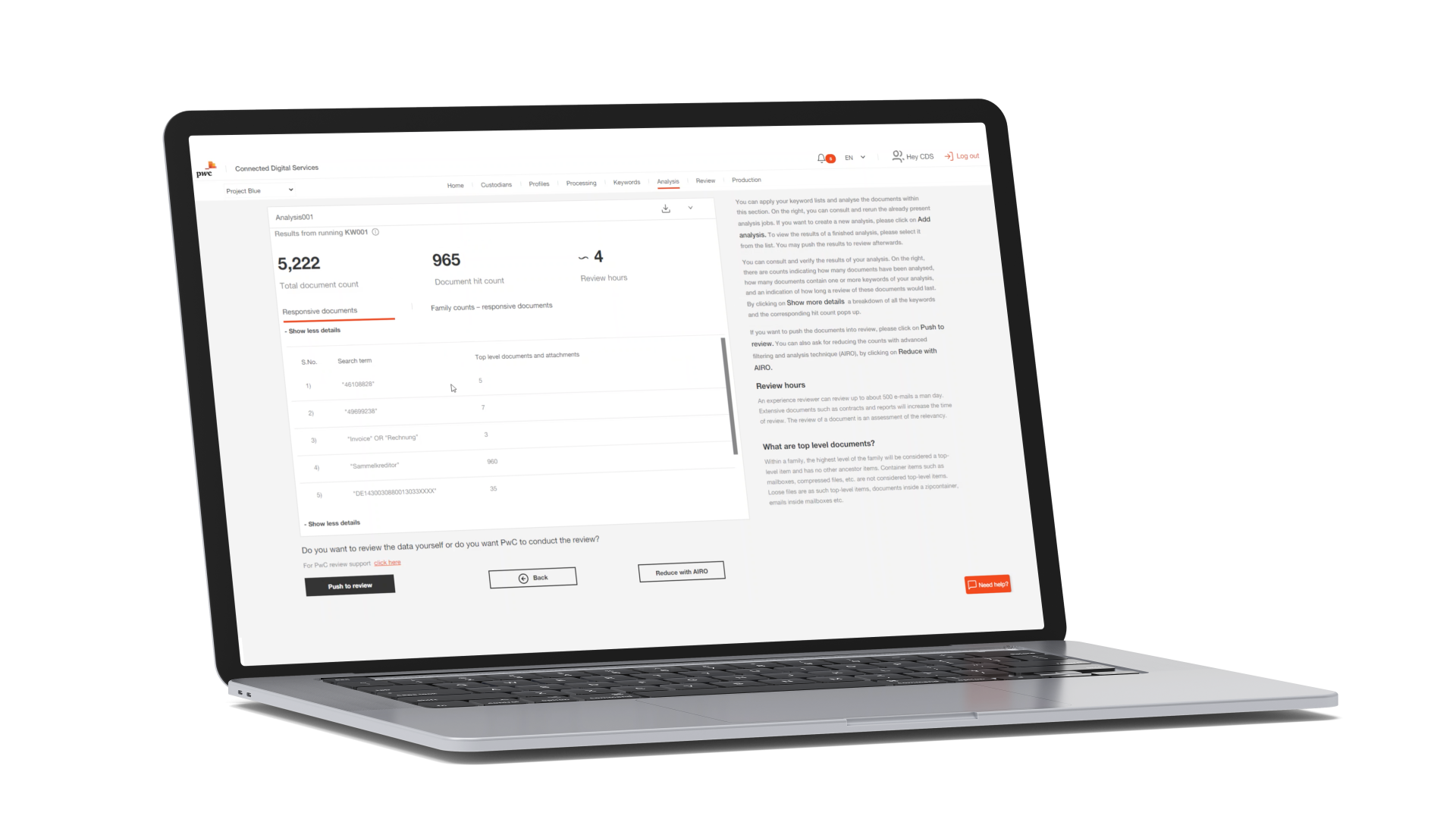 Facilitation of the investigation
Connected eDiscovery allows you to process an end-to-end electronic document review. The solution includes a document review interface that allows you to assign files to be reviewed to one of your collaborators, to facilitate the review work (adding "tags"...) and to monitor the progress of the work. In addition, if you feel the need, our experts can assist you in reviewing the documentation related to your investigation. 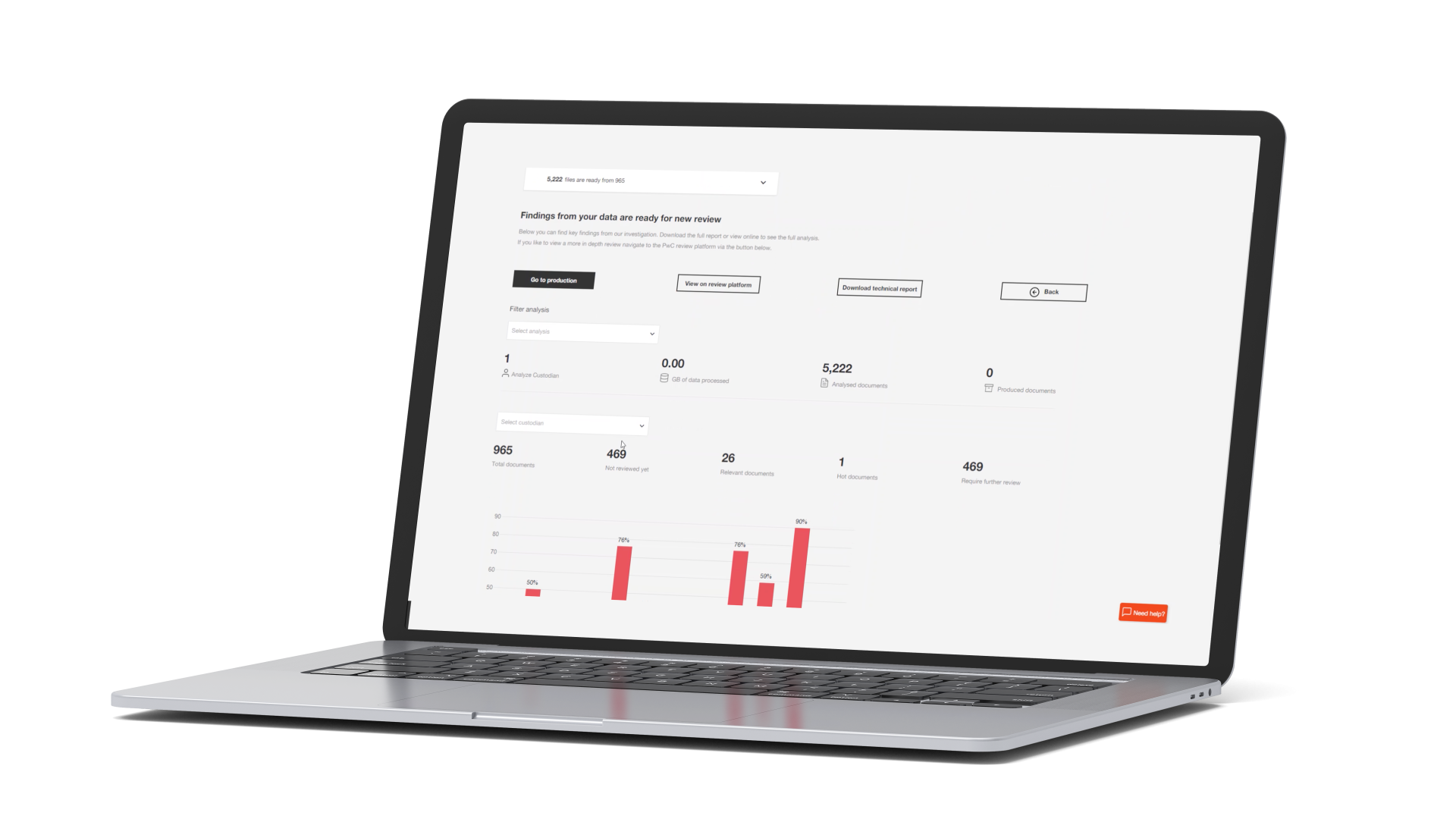 Restitution
Based on the in-depth analysis of your data, our solution facilitates the production of documents and makes them available to your customers.

The information collected during your visit to this site is protected by Regulation (EU) 2016/679 of the European Parliament and of the Council on the protection of individuals with regard to the processing of personal data and on the free movement of such data (the "RGPD"), as well as by Law No. 78-17 of January 6, 1978 relating to information technology, files and freedoms, in its latest version in force. This information is also confidential, and is in no way intended to be distributed to third parties, particularly for commercial prospecting purposes. For more information, we invite you to consult our Privacy Policy. For more information, please visit www.pwc.com/structure

BACK TO THE TOP
Menu